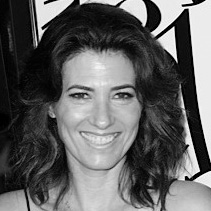 Gabrielle Allan is an Emmy award winning writer living in Los Angeles. She began her career in television, most notably writing for and producing SCRUBS. She then partnered with Jen Crittenden and together they wrote the film, WHAT’S YOUR NUMBER? starring Anna Faris and Chris Evans and were involved in many production rewrites including SHREK FOREVER AFTER. They currently write for HBO’s VEEP. In theater, they wrote THE PIRATE LA DEE DA for the Atlantic Theater Company, a New York Times Critic’s Pick and winner of The Off Broadway Alliance award for Best Family Show 2016. They are currently developing a musical, Hollywood Romance, with Kristin Hanggi, Goldrich & Heisler and Scott Sanders’ Productions.